Spyro; Reignited But Not Rebooted

Jurassic Park and Star Wars reboots? A Crash Bandicoot remaster?  It seems the latter half of the second decade of this millennium has been a very lucrative time for cashing in on childhood nostalgia. Especially considering fans of the originals which are getting said treatment have in many cases spawned the next generation of consumers.  This trend has only snowballed and is set to continue, so it seems.

As well as bringing new generations to the movie and games franchises that have been relaunched or touched up for a new age this usually makes a large sector of older fans very happy. I’m going to look at and voice my opinion on why it possibly shouldn’t.

The latest announced game to get a makeover in the video game world came with the remastering of the old Spyro The Dragon trilogy aptly named Spyro Reignited. Making large swathes of childhood fans giddy with glee at the prospects of recapturing those happy memories of our younger years with a cosmetically new recycled adventure. To be released exclusively on PlayStation (of course) on the 21st of September published by Activision.  Here’s hoping it too follows the trend of Crash Bandicoot and ends up available on other platforms as my now Xbox owning childhood nostalgia senses are tingling and I’ve already got my wallet open in anticipation. Though, empty as it is I don’t know what good that’ll do anyone.

What can we expect from this upcoming remastering of the trilogy and what do I think of this announcement. Let’s take a look at both to find out.

I was slightly disappointed when I realised this wasn’t going to be a new game. But that soon subsided and turned into excitement when I remembered that I can only hazily recall the stories and would love to relive them as I fully know that they were great. Then after riding that wave of excitement, I was straight back to disappointment when I clocked that it was a PS exclusive.

So what can we expect to glide onto our PS consoles from this old classic?

Just look at him, the pompous sack of wealth and human waste! 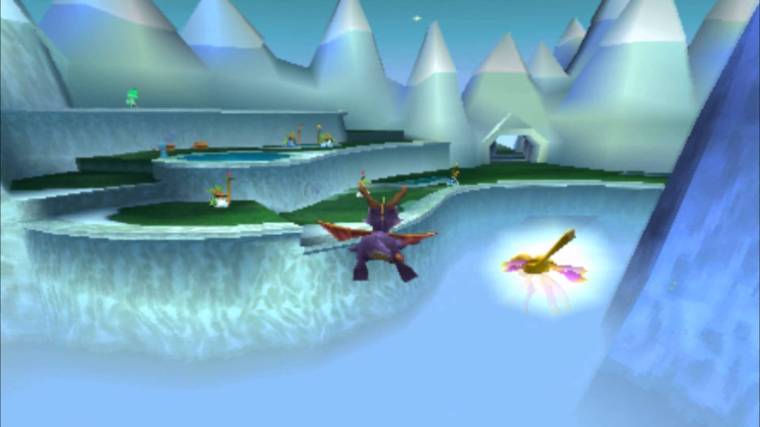 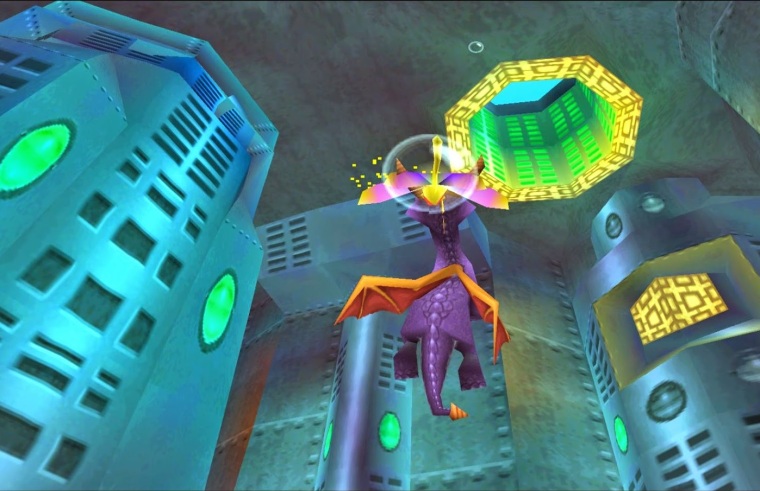 Some great variation in level design, always interesting to play through and lovely to explore. That’s without even showing the flying levels or bonus stages, or the true scope of the underwater levels (what a dragon is doing underwater I’ll never understand.)

All this and more (cliché alert) will be what you should expect if you’ve never played the game before and if you have and know what to expect already from that aspect. Then you will probably realise that the main deliverance we can expect from this remastering is a massive upgrade in graphics as well as some new creative flair to character and level design details. Just take a look at this difference, much more going on and highly polished too, the comparisons look absolutely stunning and mesmerising. On this merit alone I would buy the trilogy. 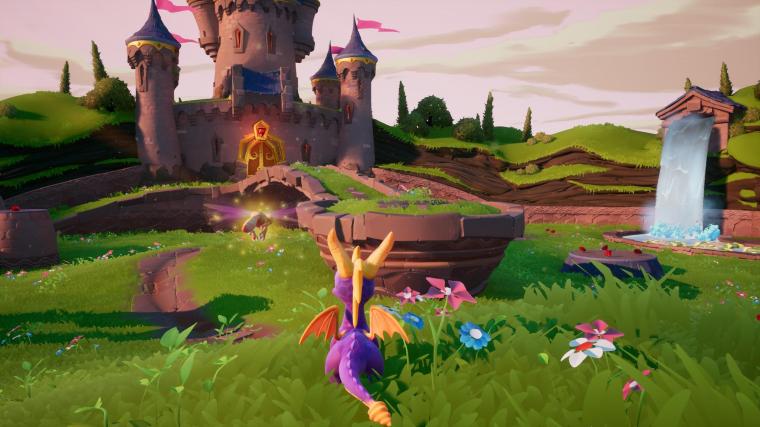 A remarkable improvement, but why no new adventures for our scaly pal?

Fear Of The Hype Machine

Maybe if the hype surrounding the remastering holds true upon release, perhaps developers may see a potential new spark for an old flame with an original Spyro reboot? Perhaps a new trilogy or a singular game in the works. That’s what I’d really want to see despite being psyched for the updated old trilogy, I want something new.

However with any new take on an old anything, there are always going to be those fans who over-hype and those who dismiss the notion outright owing to the sanctity of their childhood being possibly ruined. Then there’s those like me in the healthy middle ground, that would realise both ends of the spectrum are  valid and that we must wait in nervous but optimistic  anticipation to judge on the results as the proof is always in the pudding. So why is a new game not being announced, when there are fans who would eagerly await one?

Well, with such potential negativity and room for failure surrounding reboots, owing to the effects of what I call the hype machine increasing the chances of a prospective new reboot being disastrously received, remastering is the easy answer. Perhaps that’s why developers and publishers alike opt for the safer gamble and are remastering rather than rebooting. It seems they are happy to take the easy route to guaranteed money bags and are all too often too afraid to take a leap and create an all new game.  I feel they need to have more faith in themselves and respect for fans, but that ultimately fear of the hype machine holds them back.

Whatever happens after this new remastered trilogy, I hope they don’t drag-on announcing a new release (Har-har) that is, if they do plan for one at all.  I can’t wait to pick up a controller and catch up with my favourite purple scaly pal (sorry Barney I got no love for you) for a new adventure or just to relive the old ones. I can still be pleased with some old hat with new ribbons on it even if I hold it out and say ‘please, can I have some more?’

In short the milking of the nostalgia cash cow is a lot easier than hunting for the big prey of a new hit game. Rinsing and repeating with the old formula is nothing short of a lazy cop-out in my eyes, it’s just a safe bet if it doesn’t bring anything new to the table. Enjoyable though it may be.

A freelance writer and blogger living on the south-coast. I write about the world of video games on my current blog. With a focus on RTS/FPS military PC games.