The World Changing Potential Of Games Rooted In Reality

Since they have earned their place in pop culture and especially to the outsider, video games have often been conceived as being associated with the fantastic. Imaginary far-fetched worldscapes enjoyed as a newfangled distraction from our boring reality. Whilst this isn’t entirely wrong and oftentimes is the case, to simply assume this at face value would be doing a disservice to the medium. As many gamers will know, there are a plethora of titles and genres which not only dabble in reality, but go as far as to try and replicate it, stick to its truths or influence it beyond the confines of the screen.

The game that is most widely remembered as the first home video-game had humble beginnings. It was an early iteration of Pong created by Physicist William Higginbotham in 1958, which was revealed to the public at Brookhaven National Laboratory open days. In a later interview he recalled that he figured –

“It might liven up the place to have a game that people could play, and which would convey the message that our scientific endeavours have relevance for society.” 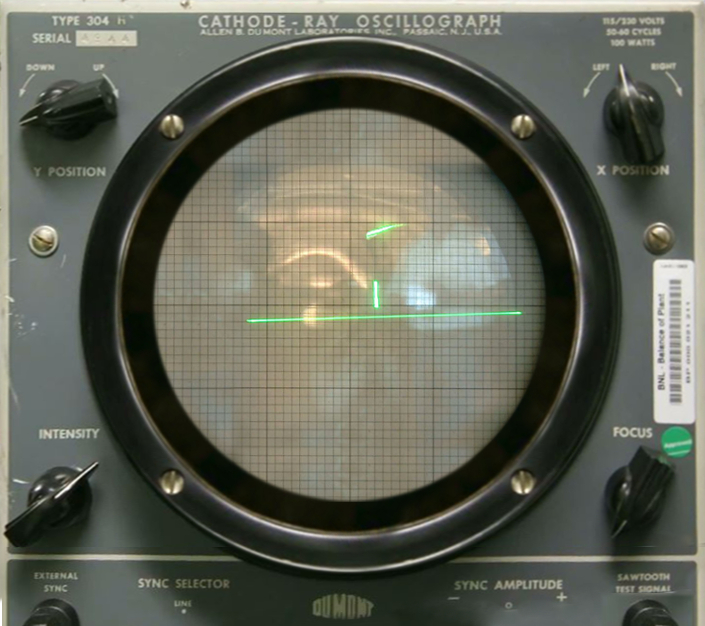 The game Higginbotham created, he named it ‘Tennis for Two’ and’ it utilised an oscilloscope as a screen to play on.

The origins of video-games as tools to aid proponents of the computer age is quite telling, in that it shows us, alongside being entertaining  they can be apparatus to inform and sway our opinions. We’ve come a long way from their origins in aids for computer salesmen, now games have the potential to reflect and explore much more, even to change the narrative of society itself.

I am going to look at how and why video games rooted in reality have potential world changing capabilities, as well as explore some of the ways that they have been used as tools to change reality. And most importantly why this should be something we concern ourselves with as a community.

Games As Art And Literature

Storytelling, it’s something our species have done since even before the advent of language – when we left our mark on cave walls to express ourselves, now we leave them on blogs. Like storytelling itself games have come a long way since their creation. In simpler times we had little pixelated avatars doing something for some reason but as what we could create in games advanced so did characters, worlds and the stories being told. It is clear that storytelling and video games have a symbiotic relationship, both have influenced each other, together. This is especially apparent when you look at games such as The Stanley Parable or Dream which have a heavy focus on exploration and narrative, as a way of exploring storytelling itself. Or any number of games that satirise real world events, such as the Command and Conquer; Red Alert series, which satirises the Cold War going hot. 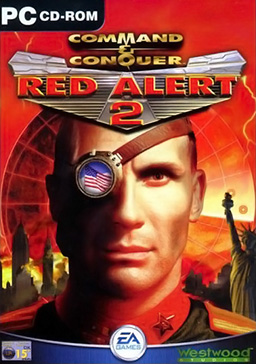 A hilarious and far-fetched look at some of the awfulness that could have stemmed from the Cold War.

American film critic Robert Egbert is one of the most well-known voices in this old and tiresome debate and is of the view that ‘games will never be art.’ Whether or not academics or critics would argue against this mediums inclusion in these realms, doesn’t particularly matter in my eyes, it is clear to anyone who plays them and experiences them that they have artistic and literary merit. They are works that have visual and mental impacts on us, they are perfectly capable of making us feel and think. Most gamers, myself included, probably don’t really mind how their legitimacy in the world of high arts and literature is viewed by the respective gatekeepers but it does matter that they are art and literature that is developing a new narrative.

Games constantly break the fourth wall, from the tutorial guiding you to press ‘X’, to your characters commenting on your actions or inaction, such as when Sonic gets tired of waiting for you to play after a period of inactivity. They treat you as less of an audience member and more as a character, we are much more than just an audience when we game, we are an influencer, a protagonist on the stage. This is what I believe makes games powerful in the art of rhetoric and discourse, as we can relate even more to them and therefore they can sometimes be even better at influencing us than traditional literature. It is us who live through the story as the protagonist. Combining the worlds of art, literature and audience participation into one little multi-dimensional package makes them proficient at influencing us. It’s a form of storytelling that is interactive and can easily engross us as an audience, this is why it matters.

Sonic growing impatient with you making him hang around, he knows you know he’s gotta go fast.

There are historical games aplenty, for some reason nerds and geeks whom game, seem to have an obsession with these settings be they ancient or old. I am going to examine one such example as I think it best represents this fixation on historical games and the potential perils of rooting a game in reality. That example is World War Two games of which there are bloody loads.

One of the biggest triple A games of 2017 another timely timeless timed out ‘Call of Duty’ game set in WW2, showing us that love for WW2 games just won’t die, kind of like the COD franchise. But why is the historical narrative and accuracy so important? Somewhat sadly, simply put it’s because games are one of the primary ways many children and young adults will be engaging with the history presented. Whilst historical accuracy doesn’t determine whether a game is a great game or not, I feel developers and games companies owe it to society to be as accurate as possible when it comes to the historical narratives, at the very least. Where possible all sides should be put under the microscope for criticism. Allied powers committed atrocities in the war too and more often than not it is only the evil of the Nazis that is dealt with. In fact I cannot think of one game that deals with the atrocities of the allied powers and doesn’t treat them as simply righteous heroes [if you can think of one, please comment them as I’d be interested to see.]

Not to say that games should be propaganda, just that we must understand that they can inform us and if they do they should be on the right side of history and the nice side of morality. An example of propaganda in gaming that’s on the right side of history, is the controversy that ensued around the advertising campaign of Wolfenstein II: The New Colossus, where developers MachineGames and publishers Bethesda used the opportunity to double down on the anti-Nazi rhetoric of the game.

This ability to influence opinions becomes even more worrisome with regards to games that focus on the reality of current events and our future, they have the potential to impact the political narrative of the world. Sometimes this is owing to real world events not being done justice and misinforming those who play at best and at worst, because they are outright pushing an awful agenda.

Atomic Games, are an example of a developer which wanted to capture the truth of a contemporary historical account, yet the game they created remains unreleased. It was a game that Marines from 3rd Battalion, 1st Marines of the US army wanted made, to tell of their experiences in the Second Battle of Fallujah during the Iraq War, it was named 6 Days in Fallujah and to be published by Konami. These Marines had originally been assigned to help make training tools for the US army, but after their experience in war they wanted to tell the story of what happened to them personally and approached Atomic Games. The games creation caused much controversy from war veterans and anti-war groups who claimed it to be glorifying wars and disrespecting the many casualties as well as veterans. Ultimately Konami dropped what could have been an interesting look at war through the eyes of those on the ground. A former soldier who fought in Fallujah told the LA Times of the games significance,

“Video games can communicate the intensity and the gravity of war to an audience who wouldn’t necessarily be watching the History Channel or reading about this in the classroom. In an age when everyone’s always online or playing games, peoples’ imaginations aren’t what they were, sadly. For this group, books may not convey the same level of intensity and chaos of war that a game can.”

The fact that these soldiers had originally been assigned to Atomic Games to help develop training tools for the US Army goes to show how games can be used to further awful agendas. Now even ISIS and other terrorist organisations have been utilising video games  for recruitment and training. Even modding their own version of GTA V known as Grand Theft Auto: Salil al-Sawarem (loosely translating to ‘the sound of clashing swords’, artwork for which I used as the featured picture at the top of this article.  An example on the flipside of this issue is the new game designed to train teachers how to react during a school shooting. Games as a medium have become a way to influence the world to the developers’ agenda. 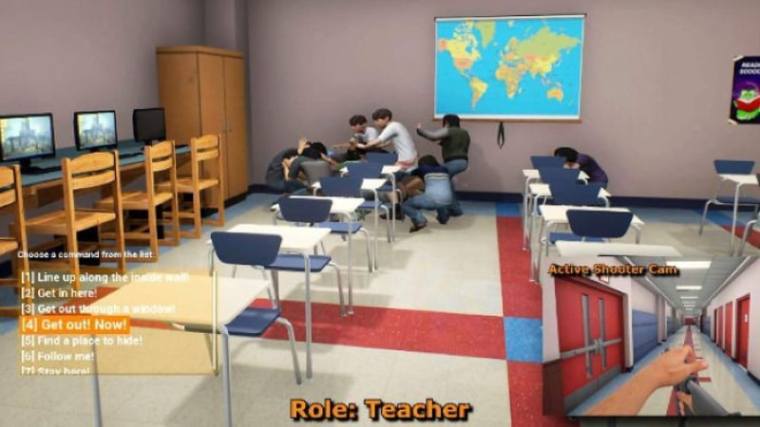 A screenshot from the recent teacher training resource game.

Video games can be used to teach us about our contemporary world and its past, as well as warn of potential future outcomes. This coupled with the possibility that the game you’re playing is being used to influence and inform your opinion on reality, should be something that you keep in mind personally. And something I feel we should talk about more as a community and society, to explore the ways we can use this as a positive as well as how we can avoid the negatives.

Tools For What And Who?

Games that are rooted in reality can potentially change the world, their usefulness as tools can and should be much more far reaching than learning tools and propaganda.  Alongside games, those who play them should be seen as a resource, a large community of people who dedicate their time and efforts to overcoming obstacles, solving issues and puzzles to advance, often sticking at something repetitively until they crack it and succeed. As such there should be games that are designed to help solve real world problems faced by our society because gaming can make a better world if we so choose to utilise it.

Some of the questions we should be asking as a society is if games can be tools,  for what and by who are they?

I believe games should first and foremost entertain, but if they are utensils to change the world, then they must be tools for the betterment of humanity by those who wish to see social change.

A freelance writer and blogger living on the south-coast. I write about the world of video games on my current blog. With a focus on RTS/FPS military PC games.